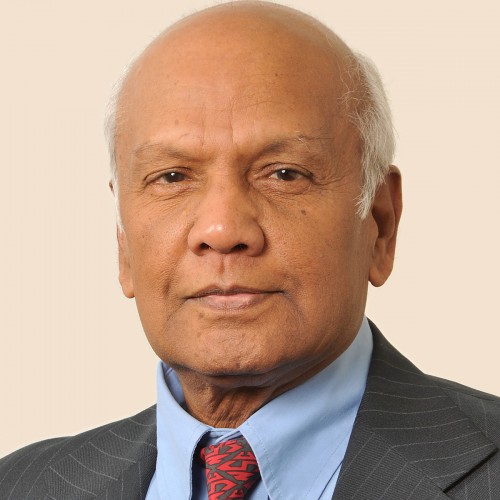 I have been interested in the deformation, creep, fatigue and fracture behaviors of nuclear core and pressure boundary materials, with particular emphasis on structureproperty relationship and effects of radiation exposure. I am also interested in radiation-enhanced hydrogen transport into steels used for radioactive waste containers and the subsequent embrittlement with reference to their integrity. We are actively pursuing studies on the effects of fabrication processes on crystallographic texture and the resulting anisotropic mechanical properties of Zircaloy cladding, with application to the understanding of pellet-cladding mechanical interaction.

One of the major areas of my research is on the basic deformation mechanisms in materials, and I have been developing model creep equations to predict the in-service materials’ deformation behavior. In addition, I am interested in the micro mechanisms of macroscopic crack propagation. These studies involve mechanical testing, sub structural studies using electron microscopy and basic deformation model development. One of the research areas underway is the effect of crystallographic texture, stacking-fault energy and crystal structure on the anisotropic mechanical deformation and creep of hexagonal close-packed metals.

Other research areas include in-site NMR studies of the dynamical behavior of point and line defects in materials during deformation, ball indentation for non-destructive evaluation of materials’ condition in-service and mechanical integrity of electronic packaging materials.

Dr. Murty is interested in the deformation, creep, fatigue and fracture behaviors of nuclear core and pressure boundary materials, with particular emphasis on structure­property relationship and effects of radiation exposure.

PNNL will be getting unirradiated and neutron irradiated samples of ODS MA754 alloy. They will perform mechanical testing, FIB and TEM. FIB liftouts will be sent to CAES for APT. Thus, data collection will be performed at PNNL and CAES. NCSU (KL Murty) will be involved in data analysis and interpretation of the results.

Advancing the Technical Readiness of FeCrAl alloys and ODS Steels under Extreme Conditions for Fast Reactor Fuel Cladding
US Dept. of Energy (DOE)(10/01/22 - 9/30/25)

The project team will perform several closely-knit tasks to probe the microstructural behavior and to evaluate their effects on the mechanical properties of two candidate cladding alloys â€“ FeCrAl and ODS-14YWT. These alloys have been investigated for reactor use for a number of years and are widely considered to be radiation-tolerant materials that can withstand the extreme environment of a nuclear reactor. As mentioned previously, the behavior at extremely large doses and high temperatures is largely unknown. The project team, therefore, proposes ion irradiation with doses reaching to 400 dpa for temperatures ranging from 300 to 700Â°C on two alloys FeCrAl and ODS-14YWT. At the University of Tennessee-Knoxville (UTK) â€“ Ion Beam Materials Laboratory, co-PI Weber will conduct the irradiation tests with several types of ions. These experiments will generate a database on microstructure evolution and material degradation, with irradiation temperature and high dose as key variables. Separate gas implantation effects will be probed to investigate the effects of He concentration at high irradiation doses. Thus, the effects of void interactions and void swelling, which are critical to the technical readiness of these alloys, will be evaluated at high dpas and temperatures. Leveraging the ongoing NEUP projects on miniature specimen testing, the project team will then perform in-situ thermo-mechanical experiments (tension, torsion, creep, and creep-fatigue) on the ion-irradiated samples up to a temperature of 700Â°C. The primary objective is to probe and characterize the microstructural changes in-situ using a scanning electron microscope (SEM). The test rig is currently being installed as a user facility by PI/PD, and co-PIs Hassan and Eapen.

NCSU will perform impression creep and creep-fatigue tests on 316L and IN718 samples received from USU. Tests will be performed at a specified temperature and stresses around 75% of UTS and each test is expected to last less than a week. 35 to 40 tests on each of the material will be performed.

Development of an In-Situ Testing Laboratory for Research and Education of Very High Temperature Reactor Materials
US Dept. of Energy (DOE)(10/01/20 - 9/30/22)

A novel thermo-mechanical fatigue (TMF) testing system, referred by miniature TMF (MTMF) system has been developed at NCSU for in-situ testing of miniature specimens within Scanning Electron Microscopes (SEM). The MTMF is capable of prescribing axial-torsional loading to solid specimen and axial-torsional-internal pressure loading to tubular specimen of 1 mm diameter at elevated temperatures (up to 1000oC) to investigate deformation of microstructure and failure mechanism in real time. Currently, in-situ SEM testing with the MTMF is performed at the Analytical Instrumentation Facility (AIF) at NCSU. This poses a serious restriction to investigate failure mechanisms of very high temperature reactor (VHTRs) materials primarily because with a user facility, such as AIF, we can only perform short-term tests that span over few days. However, fatigue, creep and creep-fatigue tests for VHTR materials may span from few days to several weeks. Hence, existing SEMs on campus are not available for long-term in-situ testing of VHTR materials. Currently, fatigue, creep and creep-fatigue failure mechanisms of new and existing alloys are mostly investigated through ex-situ testing or short duration in-situ uniaxial testing within SEM. Consequently, initiation and propagation of many failure mechanisms, especially interactions between creep and fatigue mechanisms in reducing high temperature component lives remain unknown. Hence, developing a shared in-situ testing laboratory (ISTL) is essential to allow NCSU researchers to perform novel research on nuclear materials addressing issues of fatigue, creep and creep-fatigue failure mechanisms. The proposed ISTL dedicated to performing long-term fatigue, creep and creep-fatigue tests is in critical need to develop design criteria of VHTR materials for ASME Code Sec III Div 5. However, existing facilities at NCSU or any other universities or national labs in the nation do not have a facility dedicated to perform long term tests representing realistic loading conditions of VHTR. Therefore, a suitable SEM compatible with the MTMF system at NCSU is proposed to be acquired to develop an ISTL to address high temperature nuclear materials and ASME Code issues. With the availability of such a ISTL, uniaxial and multiaxial cyclic experiments prescribing realistic thermo-mechanical fatigue (TMF), creep and creep-fatigue loading can be performed on specimens of VHTR materials, such as Alloy 617, 316H, 800H, Grade 91 steel, for addressing the high temperature component design and development issues. Finally, because of the size of commercially available TMF systems, these cannot be used for in-situ SEM testing, which is essential for investigating existing alloys and developing new alloy for VHTRs. Hence, acquisition of a SEM will give the NCSU research community unprecedented capability to perform fundamental research and educate next generation scientists in studying real-time long-term microstructure evolution of nuclear materials under uniaxial and multiaxial loading. In addition, the proposed equipment will allow training undergraduate and graduate students and postdocs in performing material characterization using advanced techniques and provide hands on experiences to students in various undergraduate and graduate courses.

This proposal is a request for financial support for two graduate students every year for four consecutive years in nuclear engineering through the North Carolina State UniversityÃƒÂ¢Ã¢â€šÂ¬Ã¢â€žÂ¢s Graduate Fellowship in Nuclear Engineering (NCSUÃƒÂ¢Ã¢â€šÂ¬Ã¢â‚¬Å“GFINE) program that helps to develop a highly talented and competent workforce with post-baccalaureate education capable of leading the nationÃƒÂ¢Ã¢â€šÂ¬Ã¢â€žÂ¢s charge to reinvigorate its nuclear industry. Every attempt will be made during the recruitment and selection processes to ensure that the sponsored students reflect the diverse groups that make up our nationÃƒÂ¢Ã¢â€šÂ¬Ã¢â€žÂ¢s populace. Moreover, the high academic standards inherent to NC StateÃƒÂ¢Ã¢â€šÂ¬Ã¢â€žÂ¢s Department of Nuclear Engineering and the proposed selection formula will ensure the highest caliber of the sponsored fellows. These individuals will shepherd the design, construction, operation, and regulation of new and innovative nuclear facilities, while maintaining the safety and security of processes for the handling of requisite nuclear materials in the coming decades, a period crucial for the revamping of an industry that has fallen to neglect. Upon graduation, the sponsored fellows will be contractually required to complete nuclear-related employment at the rate of six months per year of NCSUÃƒÂ¢Ã¢â€šÂ¬Ã¢â‚¬Å“GFINE sponsorship. The support of industry for the Department and its mission, and their interest in NCSUÃƒÂ¢Ã¢â€šÂ¬Ã¢â‚¬Å“GFINE is evidenced by hiring of our graduates.

Mechanisms of Retention and Transport of Fission Products in Virgin and Irradiated Nuclear Graphite. Work Scope Identifier: RC-2.
US Dept. of Energy (DOE)(10/01/17 - 9/30/21)

We propose a joint experimental-computational approach to measure the diffusivities of fission products ÃƒÂ¢Ã¢â€šÂ¬Ã¢â‚¬Å“ Iodine (I), Cesium (Cs), Krypton (Kr), Strontium (Sr), Ruthenium (Ru) and Silver (Ag), and Europium (Eu) in four graphite grades ÃƒÂ¢Ã¢â€šÂ¬Ã¢â‚¬Å“ HOPG, NBG-18, PCEA and IG-110, and uncover the mechanisms of transport using multiscale simulations involving electronic structure, atomistic, and phase field methods. By measuring the diffusivities in both virgin and neutron/ion irradiated samples (up to 25 dpa), we will probe the importance of radiation-induced defects and pores in fission product transport and retention. Non-radioactive species will be implanted into the graphite samples for simulating realistic fission product trajectories. We will leverage on our prior NEUP work on nuclear graphite, and will use ion and neutron irradiated samples from this project (NBG/HOPG/IG-110: ion irradiated, 1 and 25 dpa, PCEA: neutron irradiated, 6.61 and 10.16 dpa; in addition, the UoM will test samples from irradiated Gen I and Gen II nuclear graphite grades, some containing fission material.

The proposal addresses the influence of thermo-mechanical-treatment (TMT) and alloying on creep anisotropy of Zircaloys that are commonly used in nuclear power reactors. The study involves characterization of anisotropic biaxial creep of Zircaloy-4 and HANA4 alloys with emphasis on the effects of recrystallization and Nb addition using closed-end internally pressurized thin-walled tubing superimposed with axial load. It is proposed here to investigate these behaviors following tube-reduction (Pilger milling), stress-relief anneal and complete recrystallization. Alloying addition of Nb has been shown to exhibit better characteristics particularly for extended use in the light water reactors with some modification of crystallographic texture and the operating slip systems and underlying creep mechanisms.

Funding is requested, through the DOE NEUP Infrastructure program, to obtain the acquisition of autoclaves and equipment for Corrosion, Stress-assisted Corrosion, and Stress Corrosion Cracking testing of nuclear materials for structural and cladding applications in LWRs, and corrosion studies related to HLW storage packages. The proposed equipment and laboratory enhancements will be used in the performance of research related to existing DOE projects and proposed efforts in the areas of advanced nuclear fuels and materials. The equipment will also be used for the purpose of a laboratory class which is being developed by the PIs for inclusion in the curriculum. The 1 credit Lab is in complement to the 3 credit Nuclear Materials Science class. It will also be of relevance for a class on Corrosion of Nuclear Materials developed by two of the co-PIs at the graduate level which will cover issues related to corrosion and stress corrosion of materials used in nuclear reactors. Henceforward, the requested infrastructure will also enable/enhance the Teaching/Learning Mission of the NE department at NCSU.