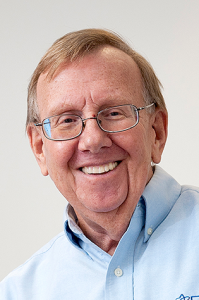 The Board released an April 2021 report on “Six Overarching Recommendations for How to Move the Nation’s Nuclear Waste Management Program Forward”. Its suggestions and associated action items address,

NWTRB was established in 1987 as an independent federal agency in the executive branch of the U.S. Federal Government. The Board performs independent technical and scientific peer review of the U.S. Department of Energy’s activities related to managing and disposing of high-level radioactive waste and spent nuclear fuel. The Board reports its findings and recommendations to Congress and the Secretary of Energy.

Turinsky served two terms as department head and played a key leadership role as chief scientist for the U.S. Department of Energy-funded (DOE) Consortium for Advanced Simulation of Light Water Reactors (CASL). He has contributed three books and numerous peer-reviewed technical publications. Paul is a recipient of the American Society for Engineering Education (ASEE) Glenn Murphy Award, the Edison Electric Institute Power Engineering Educator Award, the U.S. DOE E.O. Lawrence Award in Atomic Energy, the American Nuclear Society (ANS) Eugene P. Wigner Reactor Physics Award and the ANS Arthur Holly Compton Award. At NC State, he is a past winner of the R.J. Reynolds Tobacco Company Award for Excellence in Teaching, Research and Extension, among many other honors. Dr. Turinsky is a Fellow of ANS and the American Association for the Advancement of Science (AAAS). He is a member of the Society for Industrial and Applied Mathematics (SIAM), the American Society for Engineering Education, and the National Academy of Engineering (NAE).