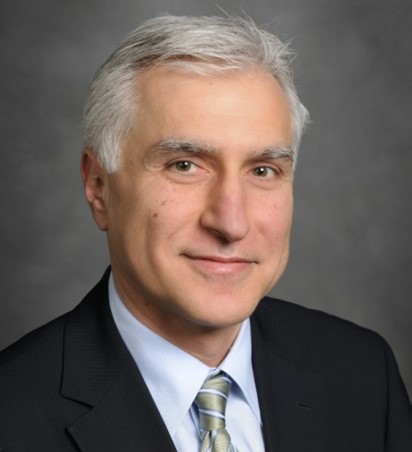 There is a significant need for 3-D steady-state and transient neutron transport algorithms and codes that yield accurate, high-fidelity solutions using reasonable computing resources and time. These tools are essential for modeling innovative nuclear systems, such as next generation reactor designs, as they allow fast but accurate simulation of these systems in a large variety of configurations. The existing methods generally compromise heavily between accuracy and affordability in terms of computation times.

Over the past 35 years, Prof. Haghighat and his students have developed novel particle transport methodologies and formulations based on deterministic and Monte Carlo approaches, and their hybrids. These efforts have resulted in the development of the MRT (Multi-stage, Response-function Transport) methodology and different hybrid techniques with application to nuclear reactor systems, nuclear security, and medical image reconstruction.

This talk will focus on the RAPID (Real-time Analysis for Particle transport and In-situ Detection) code system for steady-state and transient simulation of nuclear reactor systems including reactor cores, spent fuel pools, and spent fuel casks. Based on the MRT methodology, transport equation is written in terms of response matrices and coefficients to solve 3-D criticality, subcriticality, fuel burnup, reactor kinetics, and detector response and dosimetry problems. These response matrices and coefficients are pre-calculated as a function of different parameters using fixed-source Monte Carlo calculations, and problem solution is obtained by solving linear systems of equations.

These new formulations/algorithms have been computationally verified using several computational benchmarks and experimentally validated using the JSI TRIGA Mark-II reactor. We have demonstrated that RAPID can yield high-fidelity solutions for real-world problems in seconds and minutes on a single computer core.

Prof. Haghighat is a fellow of the American Nuclear Society (ANS). He leads the Virginia Tech Theory Transport Group (VT3G). Over the past 35 years, Prof. Haghighat has been involved in the development of new particle transport methodologies and large computer codes for modeling and simulation of nuclear systems including reactors, nuclear security and safeguards systems and medical devices. His efforts has resulted in the development of several advanced computer programs including PENTRAN, A3MCNP, TITAN, INSPCT-s, AIMS, TITAN-IR, and RAPID. For the RAPID code system, a virtual reality system (VRS) web application has been developed.

He is recipient of the 2011 Radiation Protection Shielding Division’s Professional Excellence Award, and recognition award from Office of Global Threat Reduction for his leadership & contributions to design and analysis for the University of Florida Training Rector HEU to LEU fuel conversion, 2009.

Prof. Haghighat is an active member of the American Nuclear Society, and has served at various leadership positions. He has served as Chair of the Reactor Physics Division (2012-13) and the Mathematics and Computation Division (2005-06), was co-founder of the Computational Medical Physics Working Group, and served as Chair of NEDHO (Nuclear Engineering Department Heads Organization) (2006-07).

In 2015, he contributed to the formation of the Virginia Nuclear Energy Consortium (VNEC) nonprofit organization; he is the founding Chairman of the board of this organization (2015-2016), and currently the Vice-chair of the organization.

Hybrid Option  (Speaker is in person)